This is not standard attire for COVID-19 precautions but for class on the UW Meat Lab killing floor.

This is just one of many courses that McKensie Harris, associate professor and internship program coordinator for the UW Department of Animal Science, teaches in the fall semester.

“The cattle slaughter internship class is just that,” says Harris, of the UW College of Agriculture and Natural Resources. “It’s a place where students can develop skills in the animal harvesting industry.”

During Phases 1 and 2 of UW’s approach to reopening this semester, the class was taught online with an academic focus providing students with virtual lectures on the principles of animal handling, safety food and meat science.

During Phase 3, when all students were allowed to return to campus, the class went straight to work at the UW Meat Lab.

“McKensie has done a great job in those first four weeks preparing us to hit the ground running at full speed,” says Ben Herdt, a student in Laramie’s class and head of UW Advising’s academic advising office, Career and Exploratory Studies. Center. “When I walked into that very first day of in-person instruction, I was dressed and on the floor of the meat lab within five minutes of working, and it’s a tribute to the preparation what we were doing in the previous weeks.”

“The class was one of my favorite classes, I think, because it’s so hands-on,” says Brittany Vogl, a sophomore in the class from Elizabeth, Colorado. “On day one, McKensie said, ‘We’re going to be here, we’re going to help you every step of the way, but we’re not doing it for you.’”

Students work with the animal from the beginning – when it enters the facility as a live animal – and through to the end – preparing and placing the carcass in the freezer.

As a UW staff member, Herdt has the opportunity to take classes. A co-worker who has kids in 4-H and raises animals recommended this class to her.

“I really like to cook,” says Herdt. “I love cooking meat and I love the idea that we need to be more connected to the food we eat. So that’s what really drew me to the class.

He also says that taking a variety of different courses helps him improve at his job. He typically works with freshmen who are academically at-risk or undeclared and need guidance on which courses to take.

“It helps me be better at my job if I’m taking an undergraduate course because it keeps me connected to what they’re going through,” Herdt says.

He explains that his job requires him to be a generalist. He needs to know what’s usually offered on campus, because students often don’t know what’s out there until they tell someone who’s tried it.

“It’s nice to find those little nooks on campus where really big things are happening,” says Herdt. “I’m super impressed with what McKensie is doing, and what Kyle (Phillips, director of the UW Meat Lab) and Warrie (Means, associate dean and associate professor of meat science) are doing. Their whole corner of campus is very impressive.

The course was required for Vogl’s animal science major, with a concentration in production, meat, and food technology, but she wanted to step out of her comfort zone.

“I was intimidated but, after seeing the process a few times, I feel a lot better,” Vogl says. “If someone approached me at the grocery store and said, ‘How could you eat meat? This is unethical”, this course will give me a stronger platform to fight against this and I will have experience to back up my thoughts.

Vogl says the class was hard work, but with proper technique, anyone can harvest an animal.

“Farming can be a very male-dominated industry, but for a woman to be interested in it is very important,” says Vogl. “A lot of the practices we learned require a lot of strength, and you normally associate that with a man. What McKensie taught us is about technique. It doesn’t matter what you look like, who you are or what your gender is. It’s all about technique and how you do it.

Both Herdt and Vogl believe they will gain a better understanding of the cattle slaughter process. They would recommend the course to others who are interested in this field of study and enjoy hands-on learning.

“The community that the Meat Lab provides for these students is great,” says Herdt. “These are the kinds of communities we need. This community is so supportive of these students, and their perseverance and retention will be so much better. 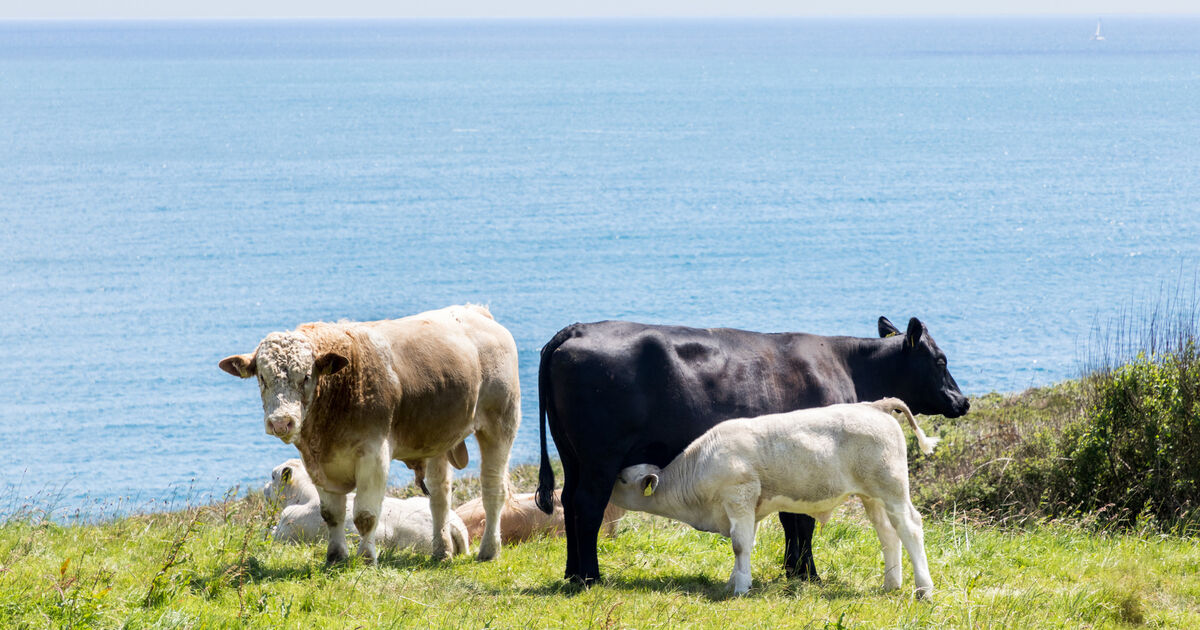