What exactly is the halal method of slaughtering animals? | Meat

Since 2012, David Schaefer, with Featherman Equipment, and I have demonstrated poultry processing at MOTHER EARTH NEWS FAIRS. In our poultry demonstrations, David and I strive to teach humane slaughter techniques, what David calls “scream-free shipping”. At each fair, David and I kill, boil, pluck, gut and chill eight pastured chickens, and leave little to the imagination. (If you haven’t been to MOTHER EARTH NEWS FAIR, go – it’s the experience of a lifetime.)

Even with three years under our belt, a 9-year-old participant surprised David and me at the 2015 Oregon Fair by innocently asking to come on stage with us during the demonstration. Naturally, we agreed, and before I knew it, this youngster had ripped the head off a dead chicken and raised it triumphantly. The crowd was screaming and cheering.

Before David and I could pull ourselves together, other children approached. Some stared into the boiling water. Others grabbed a souvenir foot. A few even ripped off heads. David and I looked at each other and realized that we had definitely added a new theatrical dimension to our no-frills session. At the following fair, in Asheville, North Carolina, we asked parents to allow their children to show up – and nearly a dozen did!

Although the response to this story has been overwhelmingly positive, some people strongly object to children being actively involved in transforming animals. I would like to touch on this thorny issue a bit because I believe that many of the negative reactions to children’s exposure to animal slaughter are based on two major misconceptions.

The first misconception at play states that because eating meat is wasteful and immoral, killing sentient beings is uncivilized and uncharitable. Refusing to kill animals does not indicate a new state of evolving cosmic consciousness; rather, it reveals a profound disconnect from the life-death-decay-regeneration choreography that underpins all life on Earth. Everything is eaten and eaten; if you don’t believe me, go lie naked in your garden bed for three days and see what eats and what eats between you, insects and vegetables.

Let’s be clear: animals are not the only reservoir of sentience on our planet. All of nature vibrates with observation, language and adaptation. When sunflowers spin with the path of the sun across the sky, that’s sensitivity. When the leaves change chemical composition to become less attractive to herbivores and nibbling insects, that’s sentience. Guardian bacteria communicate because they guard every human cell; it is sensitivity. Moreover, cyclicality is just as prevalent in the world as sentience. A compost heap, perhaps best of all, illustrates how biological cycles require death to produce life. After acknowledging death as part of life, we can understand that the slaughter of animals embodies what happens every day in the soil and in our bodies.

Proponents of the second myth argue that it is natural for a person to avoid visceral involvement in food production and processing, including the slaughter of animals. It is, historically speaking, completely aberrant. Only with the privilege of the contemporary West can we disconnect with such ignorance of ecological food systems. Without this luxury, we would be like many other places on the planet, where children welcome a piece of chicken or a glass of milk, and where each child would know the origin and the process by which this food arrived on their plate. . .

The inability to contemplate how something must be sacrificed in order for something else to live may seem like a small failure, but I argue that it profoundly affects how a person values ​​life. Participation in logging impacts how a person views their personal responsibility to the overall ecological system that sustains life. Frankly, I’m surprised we didn’t start discussing the appropriate age to participate in the showdown sooner.

At Polyface Farms, my wife and I have never protected our children from the cost of living. Whether we were pulling weeds in the garden to grow green beans, chopping and stacking firewood to keep warm in the winter, or butchering chickens to provide sustenance for the following week, we involved our children in everything from first day. We have seen no inappropriate time to expose them to the depth and breadth, mystery and majesty of life’s grand choreography.

Without the vital lessons provided by the intimate processes of taking and creating life, I fear that future generations will not understand the gravity of life. The preciousness of life. The impact of our decisions. Looking our own addiction in the face as we care for our food and then harvest it shapes our mind and humbles our spirit.

It’s time to breathe. I’m sure some people are disgusted, maybe even seriously offended, by what I’ve written. They will ask about animal abuse, factory farms and those horrible factory slaughterhouses. Believe me, all of these methods disgust me as much as anyone else. The scale of the operations and our willingness to commit make a huge difference. I believe we can eliminate factory farms and processing facilities by training our children for self-reliance and joyful participation in food systems. The existence of such horrific operations on a large scale speaks not only to our desire to profit at all costs, but also to our assumption that integrity could never exist in an atmosphere of ignorance. The fact that so few people know how animals are treated – on the farm or elsewhere in the processing chain – creates a blind spot that allows abuse to spread.

In addition to victimizing animals, I believe contemporary slaughterhouses are inhumane to the humans who work there. No one should kill animals all day, every day. Although I encourage children to be involved in the slaughter process from an early age, I am a firm believer in controlling the regularity of slaughter exposure, regardless of age. Excessive exposure to slaughter enables insensitivity and promotes emotional imbalance with non-human life.

However, when a person who takes care of an animal participates in the death of this sentient being, the sacrifice takes on a sacred character rather than a sacrilege. Honoring an animal in life by providing it with a diet and living conditions in which it can express its distinctiveness (or, “the chicken hen”, as David puts it) raises the harvest to a respectful completion of its cycle. of life.

Having helped children slaughter chickens for decades, I have concluded that if children are not exposed to slaughter by the age of 10, then more often than not their first experience will evoke revulsion rather than an innocent embrace. A word of warning to parents who accept this responsibility for their little ones, but haven’t yet experienced it themselves: you’ll probably have a harder time living this experience than your children. A child’s open, discovery-oriented mind will see a culling event as part of their awareness of life. However, adults who have been disconnected from this all their lives may have knots in their stomachs. I believe food goes with festivals. Respectfully bringing food from the field to the festive table should never put us off.

The ethical slaughter of animals offers a final tribute to our care and stewardship of animal life. This moment when we reap the sentient being that we have protected, fed and watered provides a deep intimacy with animal life. Encouraging our children to understand, testify, and participate in this kind of relationship builds loyalty and character. Denying young people to understand that death inevitably follows life opens them up to self-centeredness and superficial thinking.

If an animal is raised well, harvested humanely, and eaten with gratitude, nothing in this beautiful cycle can alter the mind or the emotions. Yes, this beauty involves deep disturbances and losses, but as long as the difficult times create beautiful times, our children will understand the whole picture, for emotional and
spiritual balance.

Moreover, when we are grounded in ethical slaughter, we see that factory farms cannot offer sacred sacrifice because they demean and devalue life. But when animals are raised with respect and honour, their slaughter brings us face to face with our own fragility, our interdependence and our responsibilities towards life and its stewardship. It’s never too early for children to tackle these deep concepts.

Joel Salatinand his family honorably raise and harvest animals at Polyface Farms in Swoope, Virginia. Joel is the author ofPeople, this is not normalas well as many other titles related to local food and sustainable agriculture, some of which are available on theMOTHER EARTH NEWS Store.

Previous What exactly is the halal method of slaughtering animals? | Meat 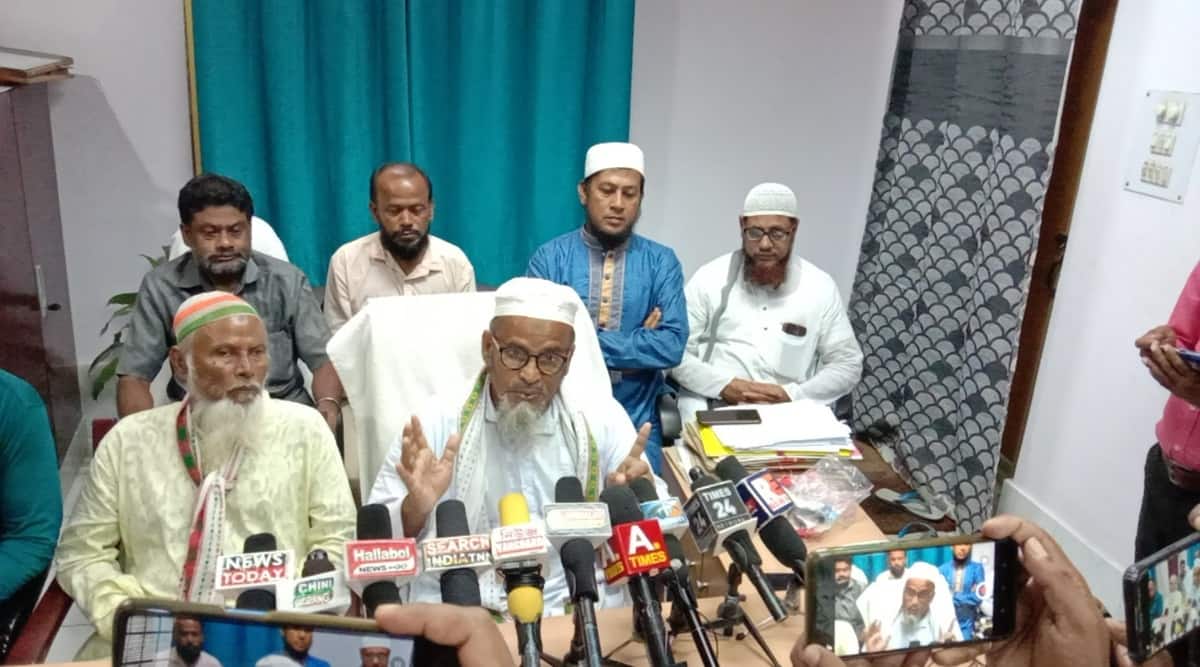 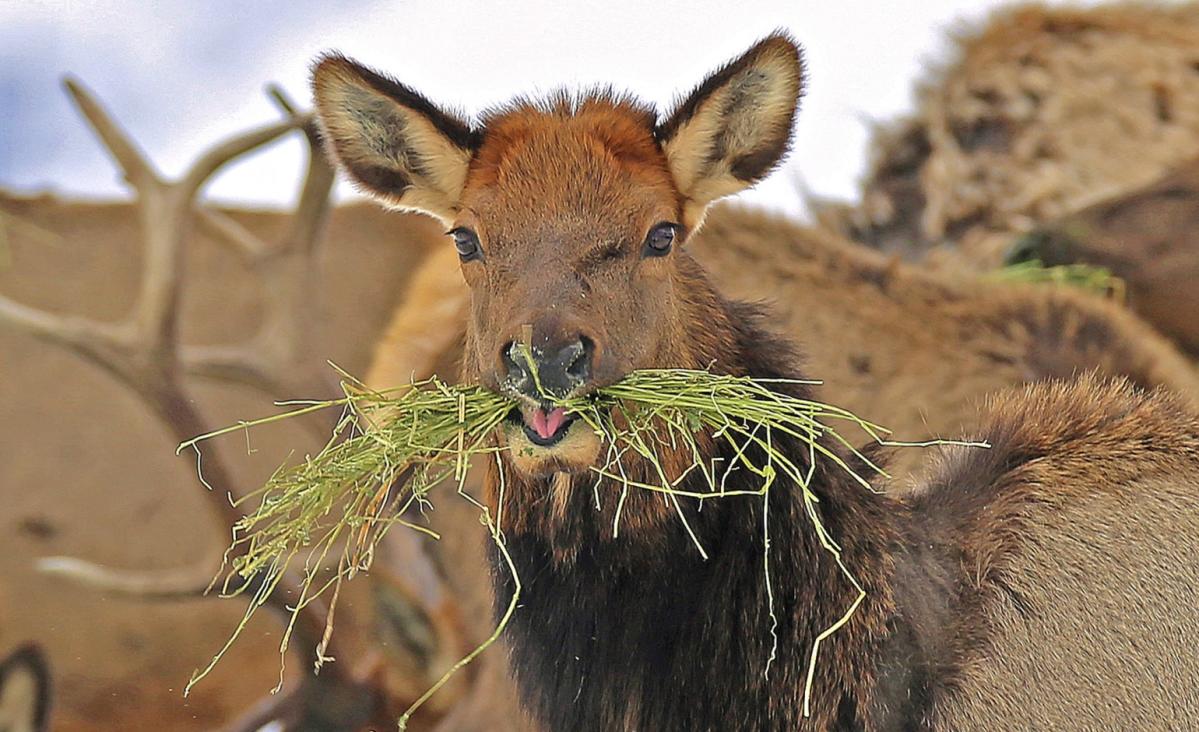