These chickens fell off a truck heading to a live poultry market in Brooklyn several years ago. They were taken to Farm Sanctuary. Photo courtesy of Animal Care and Control

We are writing to you on behalf of parents of students in New York City schools to seek your help in protecting children in New York.

Given the current spread of highly pathogenic avian influenza H5N1 throughout New York State and the possibility that it could mutate into a strain that infects humans, we believe that the operation of the more than 70 slaughter markets of New York City live animals, especially those in close proximity to schools, should be suspended until a risk assessment is completed.

At New York, more than 100 schools and playgrounds are located near live animal markets. These retail slaughter markets have been described as “breeding ground for the spread of diseaseby health experts and doctors. As this new video shows, children and their guardians pass these markets on their way to school. Sometimes the public sidewalks in front of these neighborhood slaughterhouses are contaminated with bird droppings, blood, and other biohazards. These conditions would never be tolerated in wealthy neighborhoods, but they are unjustly imposed on marginalized communities.

Dozens of crates, filled with hundreds of birds and their waste, are often left on public roads for hours outside markets. Children can step in and track these hazardous materials in their schools, playgrounds, on the subway, in their homes and all over the city, potentially exposing their communities and all New Yorkers to many different infectious diseases. Despite hundreds of reports and complaints filed with city and state agencies, the unsafe conditions have not improved even during a global pandemic caused by unsanitary conditions at an animal slaughter market.

New York City’s more than 70 slaughterhouses are open to the public, operate in densely populated neighborhoods, and are located next to or near homes, businesses, public transportation, schools, and playgrounds. Anyone can enter these live animal markets to buy birds without protective gear and wander among the tightly confined animals of different species.

The Center for Disease Control (CDC) said H5N1 flu, the virus spreading among chickens and other birds in New York, can infect the respiratory tract of humans, causing serious illnesses, such as pneumonia and respiratory failure, and death. The CDC also warns of the possibility of bird flu viruses mutating into a strain that could infect and spread among humans.

Even the New York State Department of Agriculture and Markets (DAM) recognizes the risk of this bird flu outbreak, at least to birds, as it has banned all poultry shows in the state. We find it disturbing that DAM is concerned about the health of birds, but no government agency seems concerned about the potential risks to human health.

Every live chicken, turkey, duck, goose and other bird sold and slaughtered in these live markets is a potential source of infection, which can spread among birds and potentially to humans, including those who are most vulnerable.

We call for the immediate suspension of operation of the more than 70 live animal markets in New York City until public health experts and scientists can determine if they can safely operate in a densely populated city. Mayor Eric Adams and Governor Kathy Hochul have the authority to issue an emergency executive order to suspend operations to prevent a zoonotic disease outbreak that could lead to another global pandemic.

Children in this city deserve safe and healthy environments where they can learn, play and grow. They should not be exposed to the unsafe and unsanitary conditions that these animal slaughter markets present simply by attending school or enjoying the playgrounds. America’s electoral systems are more than just machines – they are people who are overworked, underpaid and feel pressured How Hurricane Sandy helped us plan for the future 8 Billion Humans: How Population Growth and Climate Change Are Linked as the ‘Anthropocene Engine’ Transforms the Planet 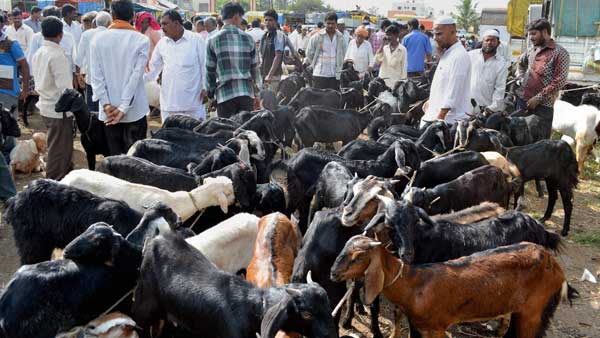