***For all things Wyoming, sign up for our daily newsletter***

A recently proposed initiative that would essentially criminalize the slaughter and raising of farm animals in Oregon would never gain traction in Wyoming, the executive vice president of the Wyoming Stock Growers Association said this week.

Jim Magagna told the Cowboy State Daily on Monday that a proposed initiative for the 2022 Oregon ballot that would classify animal slaughter as an aggravated abuse and redefine artificial insemination and castration as sexual assault would not pass. probably not in this state either.

“I’ve never heard of an initiative like this in Wyoming, but the odds of it passing here are exactly zero,” he said.

However, he feared that an initiative like this would not even be proposed.

“It makes me wonder if there’s any common sense left in Oregon,” he joked. “Colorado proposed something similar to this, although not as extreme, but it was thrown out of court. If something like this were to pass, it would effectively be the end of the ranching industry in Oregon. , which saddens me.

According to Farm Progress, Initiative Petition 13 would remove farmer exemptions from existing laws prohibiting animal cruelty and specifically target practices used for “(b) the raising of domestic, livestock and equine animals.” A group called End Animal Cruelty is sponsoring the initiative.

The Abuse, Neglect and Assault Exemption Amendment and Enhancement Bill would remove all references to “good animal husbandry” from state law and only allow an animal to be harmed in the self-defense of a human being.

Neutering and spaying of pets by a veterinarian would still be exempt from cruelty laws.

While Magagna understood there had been horror stories surrounding the slaughter of animals for meat, he said the agriculture industry had taken significant steps in recent years to raise and slaughter animals for ethical and human way.

Magagna said if the proposed initiative were to pass, cattle from Oregon would be sold off and would go to other states, Wyoming likely being one of them, which have strong cattle production industries. .

There could be a slight increase in economic impact for Wyoming if the initiative were adopted in Oregon, but Magagna said it would be a blow to the entire livestock industry.

“Things like this are a sign of where a segment of our population is headed,” he said. “If some of these ideas gain a lot of traction in Oregon or California, that could lead to some policies at the federal level that could be detrimental in Wyoming.”

***For all things Wyoming, sign up for our daily newsletter***

What exactly is the halal method of slaughtering animals? | Meat 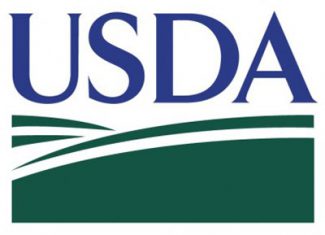